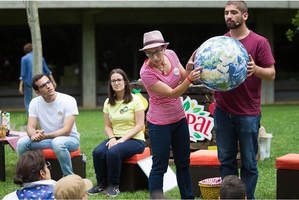 Calouste Gulbenkian Foundation invited me and other Fameab colleagues to be part of two science communication events aimed at families, with particular focus on children: "Discover Day" (on October 9, 2016) and "Frutology Weekend" (on May 27-28, 2017).

These consisted of 30 min sessions, repeated several times over the day, in which we performed science stories according to the theme of each event.
📷: Gonçalo Barriga. 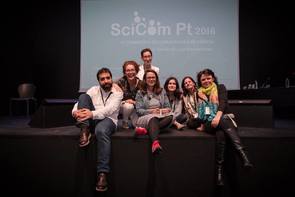 Member of the Organizing Committee of the SciComPT 2016 Congress - Portuguese National Congress on Science Communication (May 26-27, 2016). Theme: Science is not just for scientists. 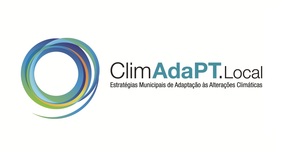 From November 2015 to February 2016 I have worked on the project ClimAdaPT.Local, in the communication with the public and the media. I have supported the Coordination of the project in the preparation of presentations for national and international conferences, collaborated in the update of the website and writing of press releases, and helped to establish contacts with the media.

Do you know? - Scientific section in a portuguese newspaper

Why do we like sugar? What are stem cells? Touching a plant affects its growth?
"﻿﻿Saberás﻿﻿ tu" is the result of a partnership between Ciência Viva and the portuguese newspaper "jornal i", in which portuguese researchers answer (apparently) simple questions with brief and simple texts. The answers are also published ﻿here﻿ (portuguese only).

On the last Thursday of each month, at 7:30pm, in the Pavilion of Knowdledge - Ciência Viva, portuguese and foreign researchers talk about current topics of science and technology. More details about the conferences and speakers can be found here (portuguese only).

​A festival that took place at Cinema S. Jorge, in Lisbon (Portugal) from 24 to 25 November 2015, which distinguished the best scientific television productions at the European level. It was an event organized jointly by Ciência Viva, EuroPAWS and EuroScience. More information available here.